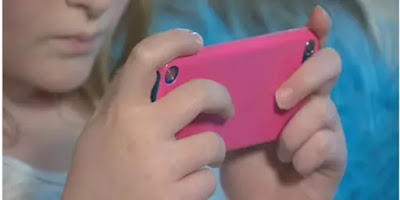 Istanbul, Sep 16: Spending too much time on tablets and phones may alter hormone levels and increase the risk of early puberty in girls, finds a new study.

The study showed that a longer duration of blue light exposure was associated with earlier puberty onset in the female rats. It also showed reduced levels of melatonin, increased levels of some reproductive hormones and physical changes in their ovaries... Click here to join our telegram  group →

“We have found that blue light exposure, sufficient to alter melatonin levels, is also able to alter reproductive hormone levels and cause earlier puberty onset. In addition, the longer the exposure, the earlier the onset,” said researcher Aylin Kilinc Ugurlu from Gazi University in Ankara, Turkey.

For the study, presented at the 60th Annual European Society for Paediatric Endocrinology Meeting, the team used a rat model to investigate the effects of blue light exposure on reproductive hormone levels and the time of puberty onset.. Click here to join telegram study group →

Female rats were divided into three groups of six and exposed to either a normal light cycle, 6 hours or 12 hours of blue light.

The first signs of puberty occurred significantly earlier in both groups exposed to blue light, and the longer the duration of exposure, the earlier the onset of puberty.

At the 12 hours of exposure, rats also showed some signs of cell damage and inflammation in their ovaries.

The use of blue-light emitting mobile devices has previously been linked to disrupted sleeping patterns in children, but these findings suggested there could be additional risks for childhood development and future fertility.