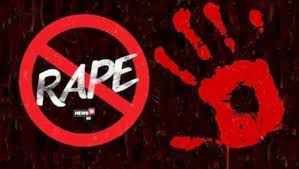 Pulwama : Two minors have been allegedly raped by their father in south Kashmir’s Pulwama district after which the Jammu Kashmir Police have taken the accused into detention.. Click here to join telegram study group →

Locals speaking to The Kashmiriyat said that the father of the duo allegedly raped his daughters, aged 8 and 14 in the Chakoora area of south Kashmir’s Pulwama district.

They said that the mother of the duo registered a complaint at the local Police station accusing her husband, the father of raping their daughters after which Police immediately swung into action.

The Police arrested the accused father and registered a case in this regard.

Locals thanked the Police and demanded strict action against the accused if he is proven guilty.

Official sources said that the Police have registered a case under the relevant sections of law and started an investigation into the matter. “As of now, we are verifying the allegations, the medical tests of the girls will prove if the allegations are true,” they told The Kashmiriyat..

Speaking to The Kashmiriyat locals said that on Sunday, scores of residents hit the streets of the north Kashmir village demanding punishment to Rafiq Ahmed Mir, a resident of Dudran who allegedly raped his daughter, repeatedly.