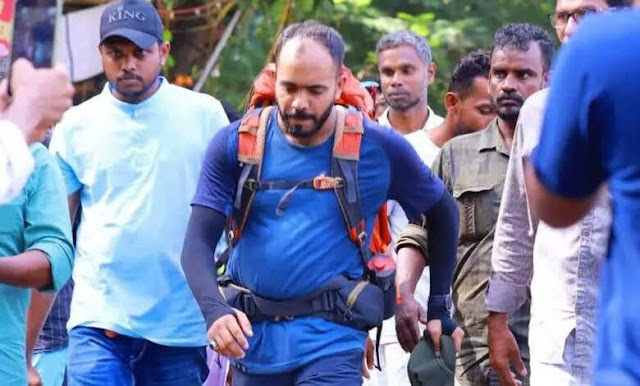 A 29-year-old man from Kerala has set out on an 8,640 km journey on foot to Makkah to perform Hajj next year.

Shihab Chottur, who runs a supermarket, set off on his journey from Athavanad, near Kottakkal, in Malappuram district, Kerala. Every day, he walks at least 25 km.

Media reports said he will reach Makkah for Haj in 2023 after traversing India, Pakistan, Iran, Iraq, and Kuwait, and will finally reach Saudi Arabia sometime in early February 2023.

He will apply for the Haj pilgrimage after he arrives in Saudi Arabia and plans to cover the entire distance in 280 days.

Media reports said Shihab grew up hearing stories of people traveling from Kerala to the holy land of Makkah on foot during ancient times which made it his life’s dream to walk to Makkah.

As per media reports, Shihab’s mother’s support and encouragement are what drove him to take the trip. His wife and other family members were also very supportive.

Shihab is currently accompanied by three of his friends on this journey from Kerala to Makkah. A six-member team from Karnataka is following him in the current extension to facilitate their journey.