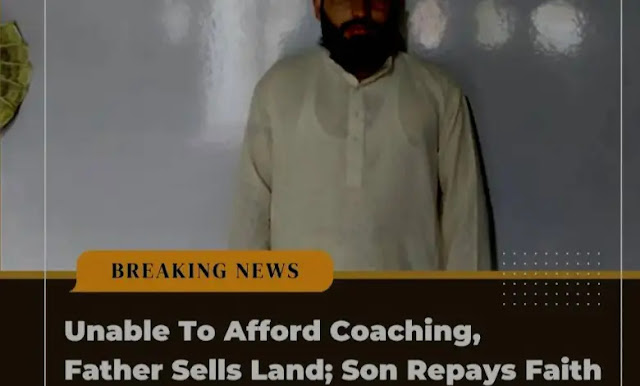 Ashiq Hussain Lone talking to RK said, “In 2017, when I was in the 12th grade at the Government Higher Secondary School in Beerwah, my father sold one kanal of agricultural land for my coaching purposes.” He said during his first three attempts, “I didn’t qualify.”

He said that his father works as a labourer and his mother has been struggling with health-related problems for the past 12 years.

“Since the year 2019, when I started studying at home. We only have two rooms including a kitchen as such it has been challenging for me to study,” he added.

Ashiq’s father, Bashir Ahmad Lone said he could not arrange medical coaching for his son due to economic hardship Click here to join telegram study group →

“My son was also selected for a government job through the Service Selection Board in the year 2021, but he did not prefer to do this job. His aim was to become a doctor so that he can provide free treatment to the poor families in our district.”

“I am very thankful to Allah, who has given success to my son and the dream of all the family members has come true, even though he faced a lot of hardships on the way toward success, ” Lone said (RK)