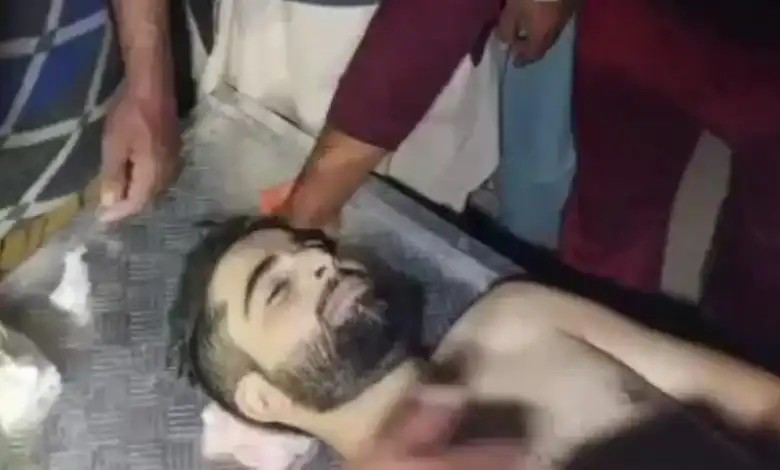 Srinagar, Oct 05 (KNO): A nursing student was killed in an accidental fire at Haal village in South Kashmir’s Pulwama district on Wednesday.
The incident happened at a time when Union Home Minister Amit Shah was in Baramulla district of north Kashmir to address a public gathering.
An official told the news agency—Kashmir News Observer (KNO) that a rifle of security personnel, who was part of a Naka Party, went off accidentally in which one civilian received critical injuries.
He identified the civilian as Asif Ahmed of Poterwal village of Shopian. “Asif was shifted to a nearby hospital, where from he was referred to SMHS Srinagar. However, he succumbed to his injuries at SMHS hospital,” he said.
Meanwhile, locals and political leaders of the area have demanded a probe into the incident.
“Asif Padru of Poterwal Shopian, young Nursing student was shot dead at Hawl Pulwama. This is devastating, a bright young guy Asif, my buddy, planning to do miracles in medical profession was snatched today by cruel hands. This is over cautiousness of state apparatus, within few seconds you destroyed dreams and life of a democratic family. Shame,” wrote local DDC member Raja Waheed on his Facebook handle.
“Strongly condemn the killing of a young civilian Aasif Ah of Poterwal Shopian what Police termed an “accidental fire” in Haal Pulwama. Apart from routine condolences it needs to be thoroughly probed. The bereaved family needs to be fairly compensated with job,.” tweeted former MLA and DDC member Aijaz Ahmad Mir.
Meanwhile, Additional Director General of Police Kashmir zone, Vijay Kumar on Wednesday said that the cop, whose rifle went off accidentally, resulting in the death of a civilian, has been arrested, while a case has also been registered.
Kashmir zone police, while quoting ADGP on its official Twitter handle, as per the KNO said that further investigation into the case was going on.
“Today while on duty at Haal #Pulwama, rifle of a Policeman accidentally went off resulting in injuries to a person. The injured person was immediately evacuated to the hospital by Police. Later on, the injured person namely Mohd Asif Padroo S/O Mohd Ayub Padroo R/O Poterwaal Shopian succumbed to his injuries at hospital. Case registered and Policeman arrested. Further investigation going on,” police tweeted.
Police in a statement to KNO said that rifle of an on-duty police personnel went off accidently at Haal area of Pulwama today, resulting in injuries to a person identified as Mohammad Asif Padroo son of Mohd Ayub Padroo resident of Poterwaal Shopian. The injured person was immediately evacuated to the hospital by Police where he succumbed.
In this regard, a case has been registered and the involved police personnel has been arrested. Further investigation in the case is going on—(KNO)
Join Telegram Group