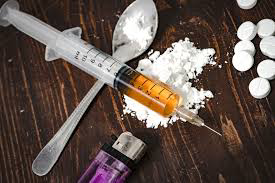 Kulgam, Nov 29 (KNO): Even as Heroin abuse is tremendously rising across Kashmir, the southern district of Kulgam has topped the list as the district spends Rs 1 lakh on the use of the substance, official figures accessed by the news agency—Kashmir News Observer (KNO) revealed Tuesday.

Figures suggest that Kulgam district spends Rs 1,01,660 on heroin monthly which is highest in the whole Kashmir division. The survey in this regard has been conducted by the Institute of Mental Health and Neurosciences (IMHANS) Kashmir

“I request parents to consult nearby hospitals if they think their child is suffering from drug abuse. Full treatment facilities for such patients are available here in Kashmir,” she said.

Dr Yasir Rather Professor, Department of Psychiatry (IMHANS) GMC Srinagar told KNO that heroin, an illicit hard core drug, is mostly used by substance users in Kulgam district which is costly and that is why the money spent in Kulgam is more as compared to others.

“There is a misconception in abusers that they won’t get rid of it but such youth can visit ATF’s available at all district hospitals, where they can get free treatment and medication. These medicines and counselling will help such patients to overcome the withdrawals that they face once they try to stop taking heroin,” he said. “Once a person gets involved in addiction, it is not just the individual but the whole family gets affected. The person involved in addiction also faces other health burdens like comorbid life threatening diseases like HCV, HIV and endocarditis.”

Dr Yasir said that its overdose can lead to deaths. “There is a need for preventive measures and every responsible citizen of our society, especially religious preachers, has an important role to play. Besides, Government agencies like law and enforcement should focus on supply reduction, by stopping drug peddling,” he said.

“There is a need for recreational activities in which youth can be engaged which prevents them from drug addiction. Also parents should avoid putting too much academic pressure on their children. And educational institutions should also try to focus on mental well-being of students by counselling and educating students about life skill training at a very early age.”—(KNO)