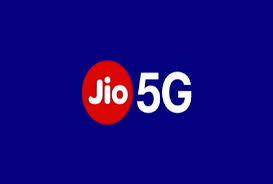 Reliance Jio is all set to launch its high-speed 5G telecom services before Diwali this year in various cities like Delhi, Mumbai, Kolkata and Chennai.

The company plans to extend its 5G network into each town, village and Talukas in the country by December 2023, which is almost 18 months away.

Reliance chair Mukesh Ambani announced the news during his address to shareholders at the Annual General Meeting via immersive and interactive metaverse technology.

Jio will be deploying the most recent 5G, called standalone 5G. It will spend Rs 2 lakh crore for 5G infrastructure.

Investors were eagerly waiting to find out the launch details for 5G services, according to Reliance’s top management. The telecom arm of RIL Reliance Jio Infocomm topped in India’s auction of spectrum for 5G.

Reliance Jio Infocomm has acquired spectrum in the 700MHz, 800MHz 1800MHz, 3300MHz and 26GHz bands during the auctions for 5G recently concluded by the Department of Telecommunications, where the government won around 1.5 thousand worth of bids.

Six years after its launch, Jio has created multiple world records since the launch of the world’s largest 4G network over the shortest time. Jio’s 4G network delivers the best quality and the most affordable digital services to more than 400 million happy and loyal customers. Jio is now expected to increase the quality of its services with its 5G offerings.

India is getting ready to roll out 5G services by the end of October, Union Communications, Electronics and Information Technology Minister Ashwini Vaishnaw said last week.

5G is the fifth generation mobile network that is capable of transmitting huge amounts of data at an extremely fast speed.

Comparatively to 3G and 4G, 5G is extremely low latency, which can enhance the user experience in a variety of sectors. Low latency refers to the capacity of processing a huge amount of data messages with the least amount of delay.

The rollout of 5G is predicted to result in more developments for remote data monitoring industries like mining and warehousing, telemedicine and manufacturing, to name a few.

Reliance Jio, Adani group, Bharti Airtel, and Vodafone Idea were the four principal participants in the auction of the spectrum.